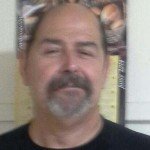 Leonard Bonenberger is our Director of Construction Equipment and will develop and implement a safety and training program for our equipment operators.

He has been driving long hauls for more than 20 years. He spent quite a bit of his time with construction equipment, even hauling it to job sites. 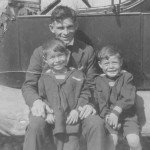 Leonard is from San Antonio and it’s not a coincidence that is where the majority of my father’s family is from. Leonard is my cousin, my father’s brother Leonard’s first born son.

This picture was take around 1924. That’s our grandfather Peter, Leonard’s father, Leonard and my father Peter who was about 5 years old. 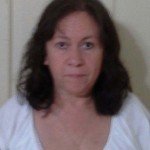 Leonard is married to Connie and she will be coming to Belize as well. Connie told me they’re all very excited about coming to work on the school.

They have three children Lenny 35 who owns his own trucking company, David 29 who is a heavy equipment mechanic and Karla 26 who has just recently received her teaching credentials.

I am truly looking forward to having my family in Belize with me and having the chance to get to know them better.

As founder of UBU I found my inspiration from my brother Tony who was a foster child, then adopted by my parents when he was five. After listening to his stories about the treatment he received while in the homes I began to think of what it was like for him as well as the thousands of other kids. I decided to start the school after Tony passed on in 2008. It is my tribute to him and all that he did for me. Of all the things I've done in my life, this is the one thing that truly makes me feel like I'm finally on the right path.
View all posts by Sharyn →
This entry was posted in Team and tagged Family. Bookmark the permalink.