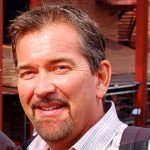 Michael Davis is our Director of Dive Programs but since our diving programs won’t be initiated for a year he will fill in as our Safety Officer.

Mike was introduced to me by my cousin Mickey Pena so he came with with the highest recommendations.

He has been living in Belize operating a tour/dive program and has been providing National Geographic with underwater film.

His knowledge of Belize is priceless and he will be able to provide the team with valuable means of integrating into the culture, climate and atmosphere with as little upheaval as possible.

Michael spent time working with John Elway, of the Denver Broncos (yes, I had to look it up) so he has a wonderful varied business background. He’ll even be able to help us find unique spots to discover once we’re on campus and have the time to do some site seeing.

So until we get under way with the scuba diving treasure hunts, I’m sure we’ll be able to keep Mike busy!

As founder of UBU I found my inspiration from my brother Tony who was a foster child, then adopted by my parents when he was five. After listening to his stories about the treatment he received while in the homes I began to think of what it was like for him as well as the thousands of other kids. I decided to start the school after Tony passed on in 2008. It is my tribute to him and all that he did for me. Of all the things I've done in my life, this is the one thing that truly makes me feel like I'm finally on the right path.
View all posts by Sharyn →
This entry was posted in Team and tagged Diving. Bookmark the permalink.