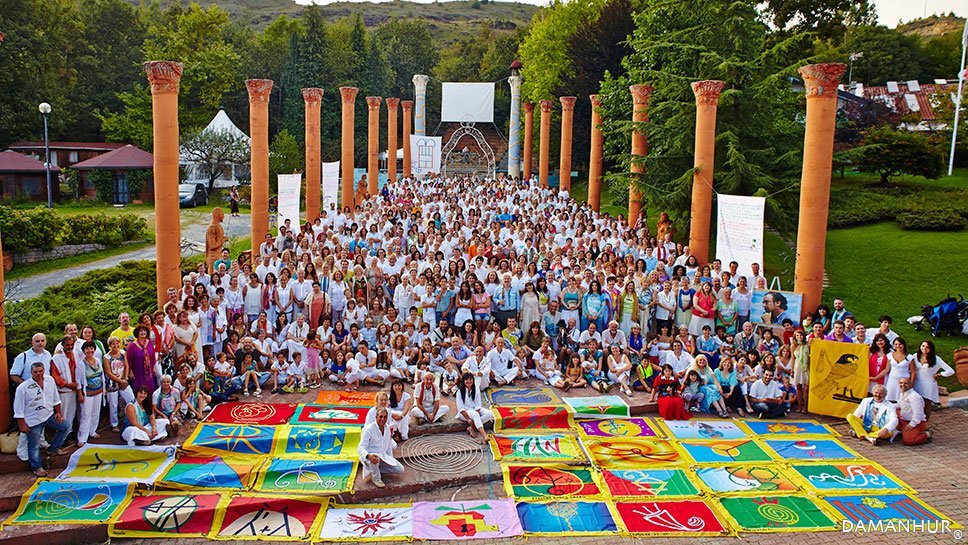 Nestled in the alpine foothills north of Piedmont, Italy, between Turin and Aosta, is a truly magical place on earth called Damanhur. In a 15-kilometer area surrounding the lush, green valley of Valchiusella lives a very active, multilingual community of 600 people.

Damanhur is a resilient Federation with its own Constitution, culture, art, music, currency, schools and uses of science and technology. Its citizens are open to sharing their knowledge and research with other groups and cultures of the world, with anyone who is interested in exploring these themes. Damanhur holds events at numerous centers, organizations and points of outreach in many cities around the world, and also hosts thousands of visitors each year who participate in tours, seminars, retreats and courses through Damanhur University. The community has attracted interest from scholars, educators and researchers in the fields of art, social sciences, spirituality, medicine and alternative health, economics and environmental sustainability.

As founder of UBU I found my inspiration from my brother Tony who was a foster child, then adopted by my parents when he was five. After listening to his stories about the treatment he received while in the homes I began to think of what it was like for him as well as the thousands of other kids. I decided to start the school after Tony passed on in 2008. It is my tribute to him and all that he did for me. Of all the things I've done in my life, this is the one thing that truly makes me feel like I'm finally on the right path.
View all posts by Sharyn →
This entry was posted in Innovation and tagged Community Culture. Bookmark the permalink.