Esther Marc who I met in February sent me a text this morning with an introduction to Charles Kubasek who is in Southern California. 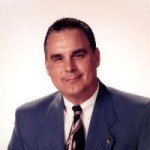 Chuck spent the past 30 years working in the Los Angeles Youth Authority Correction Facilities programs. He started out in the field and worked up to managing a 180 bed facility for boys.

One of the programs Chuck developed because of the challenge with having gang conflicts in the facility was to engage the boys in the summer Fire Fighters programs. Chuck told me he was amazed at how no one was focused on being in a gang when they were jointly fighting a fire.

We will have Chuck head up the student recruitment in Southern California as well as design some of the programs in Belize to help the youth transition from living on the streets to being in our school environment.

Chuck’s experience and enthusiasm for UBU will carry us quite a long way in making sure our students adapt and feel like the belong. We want them to feel like they have found a home and are excited about being in Belize.

We talked about the challenges of what it will be like for these children to leave the street life where no one cares whether they come or go and how they will adjust to our environment where they will have regular schedules, meals and sleep.

We are very fortunate and guided in the amazing people who are attracted to UBU.

As founder of UBU I found my inspiration from my brother Tony who was a foster child, then adopted by my parents when he was five. After listening to his stories about the treatment he received while in the homes I began to think of what it was like for him as well as the thousands of other kids. I decided to start the school after Tony passed on in 2008. It is my tribute to him and all that he did for me. Of all the things I've done in my life, this is the one thing that truly makes me feel like I'm finally on the right path.
View all posts by Sharyn →
This entry was posted in Helping Hand, Kids at Risk and tagged Recruiting. Bookmark the permalink.