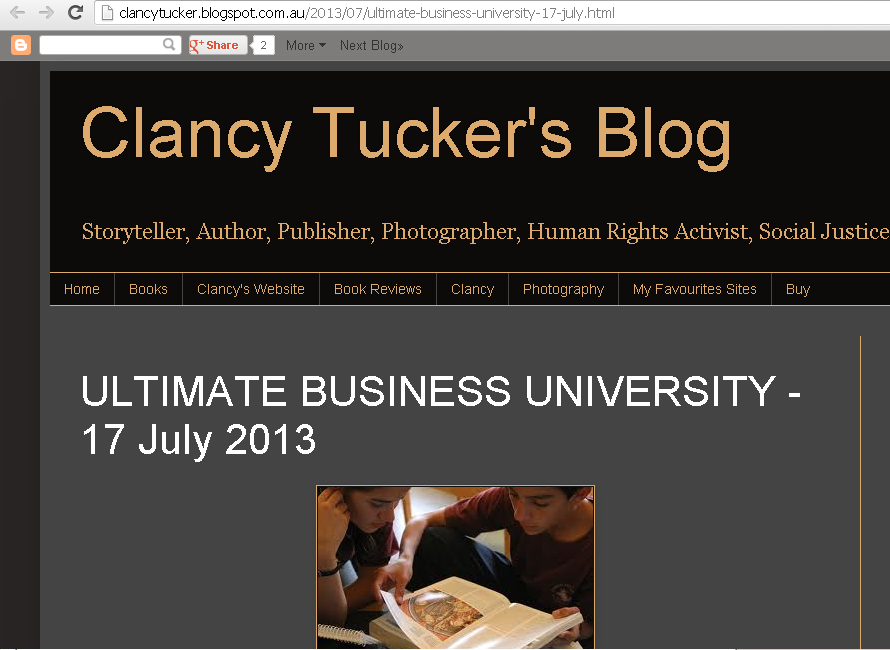 What made you decide to develop a school for kids at risk?
A: My brother was adopted when he was 5 and I ended up taking
him in when he was 15 and I was 24. Some of the stories he told
me about being in foster care made a huge impact on me. In
1998 he ended up with colon cancer and managed to survive10
years. I promised him I would build the school as a legacy to his
life and all the children who don’t have any adult supervision.

Three years is a long time for these kids to be out of the country. Any reason for this?

A: It takes awhile to nurture abused effects and bring children
back around. They will begin during their sophomore year and
continue through the end of their senior year. We will make it
possible for them to have family visitors.

How will the children be selected? Will they have any say in this?
A: We are approaching to juvenile court judges (so far we have
five) who will give the children an option between juvenile hall or
UBU, so it will definitely be their choice. They will be
predominantly first offenders (for shoplifting and other petty
crimes) based on their trying to survive on their own.

What made you decide to develop a school for kids at risk?
A: My brother was adopted when he was 5 and I ended up taking
him in when he was 15 and I was 24. Some of the stories he told
me about being in foster care made a huge impact on me. In
1998 he ended up with colon cancer and managed to survive 10
years. I promised him I would build the school as a legacy to his
life and all the children who don’t have any adult supervision.

Where is Belize?
A: It’s about a thousand miles south east of Mexico City and
borders Guatemala.

Why take kids from the USA to Belize?
A: The main reason is it’s about 1/3 the cost to feed, educate and
house the children in Belize. Everything there is more affordable
and since there are only 350,000 total residence in Belize and the
jobless rate is 13%. This school will provide a major financial impact for the country as the average blue collar (teacher, police & retail) earn less than $10,000 US a year.

Will it present a challenge to take them from the U.S.?
A: Since they will be at least 15 years old they will be
emancipated so they can get an entry visa. The majority of these
kids aren’t with their parents for one reason or another.

Will the students learn other languages?
A: We will have a full language program as well as emersion
courses. One of the unique programs for the students is having
children from all over the world. Hopefully two from many
countries who will be assigned a Sunday to prepare their
homeland food, expose the rest of the students to their
language, present the history of their country and what their
music and entertainment is like at home.

What makes UBU different than other high school programs?
A: The first thing is the entire required curriculum is in multimedia.
Each course will be video taped and edited by the
students to improve the curriculum. We will have all of what we
consider electives in the U.S. as mandatory courses. Topics such
as performing arts, cooking, sewing, agriculture, horticulture,
organic farming, alternative energy, auto mechanics and even
construction trade courses. These classes will be taught by
visiting experts in the field. We will have extensive entrepreneurial
training as regular classes.
We will have each student start their own business during the
first month they are on site and at the beginning of their junior
year the weekly grant writing class will be mandatory. The
students will be encouraged to re-invent each and every product
we use on the campus. Innovation will be a large part of their
education.

How will you select the teachers and counsellors?

A: We are targeting teachers and counsellors who will hopefully

be half from the U.S., 25% from Belize and the balance from
around the world. They will be recruited by our own teacher’s
recruitment department and offered a one year contract which
can renewed.

What inspires you?
A. I have been driven, as though this project has a life of it’s own.
When I talk to others about UBU I get rejuvenated and it inspires
me to reach out more to others who can become involved in the
school. We have more than 200,000 children in the U.S. who are
homeless and have no family. Every time I think about being
tired, hungry or cold, all I have to do is think about all of these
children and it makes me work just a bit harder to provide for as
many of them as possible.

Who is involved in this project – governments, corporations, educational institutions, the UN?
I am so pleased to have the Minister of Human Resources from
Belize; the Ambassador to Belize based in Dallas; the largest
revenue generating company Belize; a major resort in Belize; an
educational accreditation expert; a very well connected grant
writing firm from Las Vegas; NextGen educational systems; and
so many others who have connections and have gone out of their
way to make connections for the school.
How can people get in touch with you?
Clancy’s comment: Mm … Belize is a beautiful place, and we can only
hope it’s beauty rubs off on kids who have been at risk. Thanks for
sharing the time, Sharyn. Wish you all the best in this venture.

Belize is divided into 6 districts, shown below with their areas (in km2) and populations at the 2010 Census:[30]

These districts are further divided into 31 constituencies.