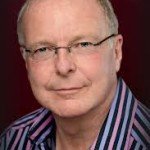 I met Chris Maklin through Gwen Blake who is one of our Executive Liaisons and part of our First Responders Team.

Chris is from England and has been working as a spiritual healer since before he can remember. He told me he was about six when he first realized he had an unusual gift to determine what was wrong with people health wise.

Chris will be working with everyone at the Belize campus and will be able to do group healing sessions to make sure all our staff and students stay in a prime state of health.

He met is wife Ginelle, got married and moved to Branson, MO to establish his ministries where he works with people in person and on the phone.

My blood pressure had sky rocketed over the past year and within three weeks it had dropped down to nearly normal. You can imagine what a relief that has been. 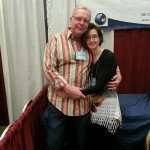 Chris offered to bring me down to Los Angeles to the Life Conscious Expo in February and I was able to meet an amazing group of people while there.

The great part of going to the Expo was having the chance to spend the time with Chris and Ginelle. I’m sure they will be friends for life.

As founder of UBU I found my inspiration from my brother Tony who was a foster child, then adopted by my parents when he was five. After listening to his stories about the treatment he received while in the homes I began to think of what it was like for him as well as the thousands of other kids. I decided to start the school after Tony passed on in 2008. It is my tribute to him and all that he did for me. Of all the things I've done in my life, this is the one thing that truly makes me feel like I'm finally on the right path.
View all posts by Sharyn →
This entry was posted in Helping Hand and tagged Healing. Bookmark the permalink.