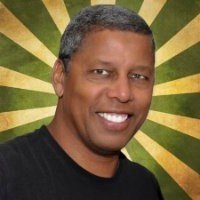 Social media has been a very big resource for meeting talented people and Hugh Browne is the exemplification of the concept of talent.

Hugh started out in New York and followed his dream to become a world renown photographer being able to capture and have published some of the most famous people in the world including Carlos Santana, Dali Lama, Muhammad Ali, Presidents Clinton and Obama, Richard Pryor to name a few. He has been published in National Geographic and many national and international publications.

To my great surprise, Hugh has agreed to be our full time photographer, traveling with the First Responders Team to Belize and be there to capture every moment from the point of landing in Belize, walking the property and breaking ground.

We will make sure we are covered through national resources to keep everyone informed including having a specific area here for you to follow the photographic story.

As founder of UBU I found my inspiration from my brother Tony who was a foster child, then adopted by my parents when he was five. After listening to his stories about the treatment he received while in the homes I began to think of what it was like for him as well as the thousands of other kids. I decided to start the school after Tony passed on in 2008. It is my tribute to him and all that he did for me. Of all the things I've done in my life, this is the one thing that truly makes me feel like I'm finally on the right path.
View all posts by Sharyn →
This entry was posted in Team and tagged Photographer. Bookmark the permalink.