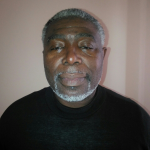 Earnest Carter received his Bachelor of Arts Degree in History with a Minor in Political Science from Sterling College in Sterling, Kansas.

His state and federal career began with honorable service in the United State Marine Corps, in Okinawa, Japan and Camp Lejeune, North Carolina.   After the Marine Corps, Earnest Carter served with the State of Alabama Law Enforcement Division on the Gang Intelligence Task Force and the Special Operations Riot Team.

During his time with the Federal Bureau of Prisons, he achieved the rank of Captain and Administrative Department Head, where he held responsibility for a $4 million institutional structure and operation budget.   Additionally, he served as the lead for the Certified Management and Specialty Training team.

He has recently retired as a Federal Special Agent with 34 years of service from the Department of Homeland Security, Transportation Security Administration and the Mission of the Federal Air Marshal Service.

As founder of UBU I found my inspiration from my brother Tony who was a foster child, then adopted by my parents when he was five. After listening to his stories about the treatment he received while in the homes I began to think of what it was like for him as well as the thousands of other kids. I decided to start the school after Tony passed on in 2008. It is my tribute to him and all that he did for me. Of all the things I've done in my life, this is the one thing that truly makes me feel like I'm finally on the right path.
View all posts by Sharyn →
This entry was posted in Team and tagged Security, Team Members. Bookmark the permalink.