You might think it’s odd I would write about Tanzania, first because it’s hard to make the connection and second because our first schools are in Belize and Bataan, Philippines. 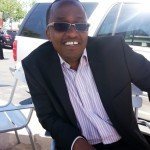 The connection however is with Denis Semuguruka who was a client about four years ago in my entrepreneur training program. We kept in touch and met up this week to catch up on what has been going on.

Of course he was thrilled to hear about the progress we’ve made for UBU over the past year but during our conversation it became obvious there was more to it.

Denis’ grandmother left him 20 acres in Tanzania and he has always wanted to build a school for kids at risk. It will be a perfect expansion campus for our program. The sad thing about Tanzania is 90% of households don’t have enough food at home. The majority of the children have to work in meaneable jobs while living on the streets while 60% of these children sleep on the sidewalks and 72% bathe in the ocean.

The need worldwide for children who are living on the streets is ever increasing. There will never be enough resources to manage the need.