On Friday I went into the Haight and wandered around looking for either a dragon or a castle to begin a collection for the school but I didn’t find what I was looking for. 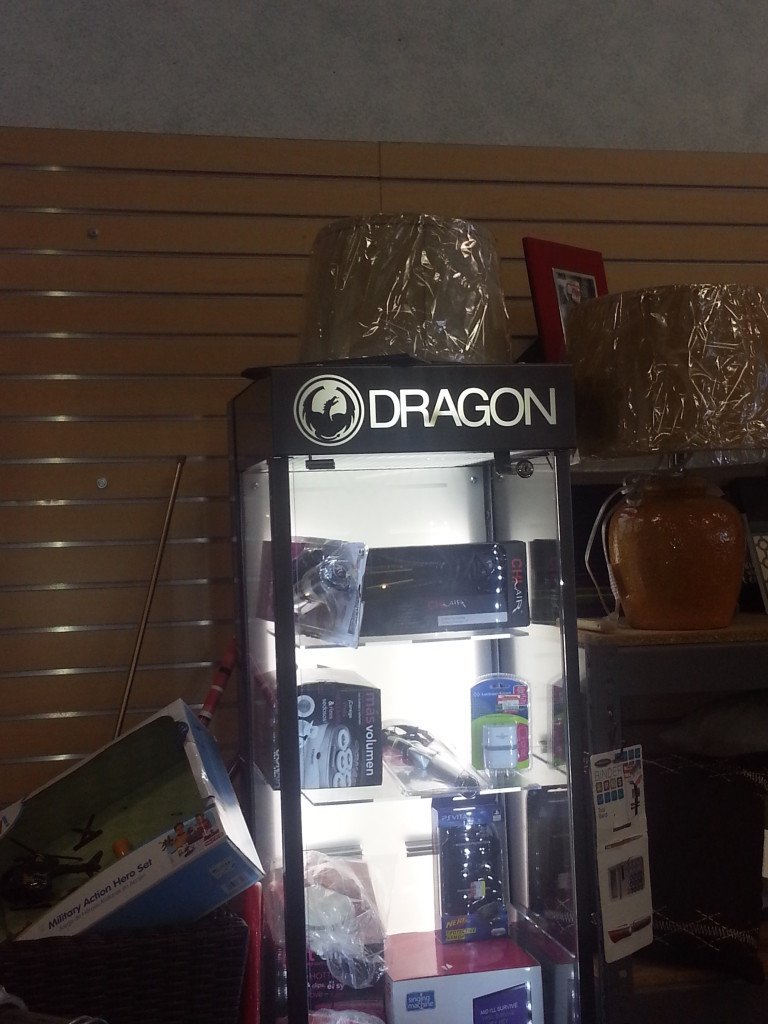 The first store I went into was filled with knick knacks and one of the discoveries was a creamer to match to my silver sugar bowl. It was $5.

I looked up as I was approaching the cash register and saw this Dragon sign. It was fun to see the indication of what I was looking for if not the actual item.

One of the stores I  went into (because I’m so attracted to anything Tibet) a woman was using her prayer beads. I asked her if that was what she was doing and she said yes. I asked if there were 130 beads on it she told me it’s 108 and then put them in my hand which startled me. I was always told prayer beads like crystals should only be handled by the person who owns them. 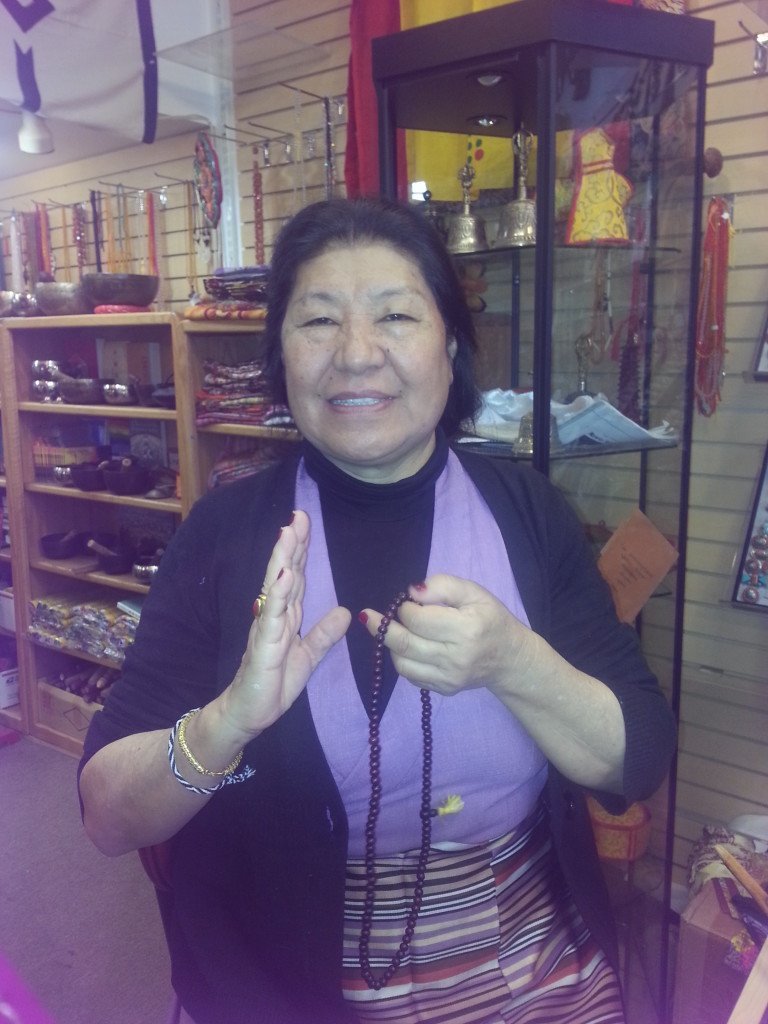 She just grinned at me and told me she was honored to have me touch them because I’m Mother Earth and the protector of children.

She moved to the US when she was a teenager and then 20 years later tried to move back to Tibet but was told by the government she had to leave.

She went to the wall behind her where the beads are hanging and took down a matching set to hers and blessed them and then put them on my neck. She got tears in her eyes as she reached up behind her and pulled down a drum and began to chant in Tibetan occasionally blowing towards me. Then she gave me a prayer card and told me to read the prayer every day. She gave me a hug and again told me I was the mother and protector of all children. She thanked me for honoring my role in this lifetime.

I’d say it was strange, but things like that happen to me all the time! I’ve almost come to expect it! 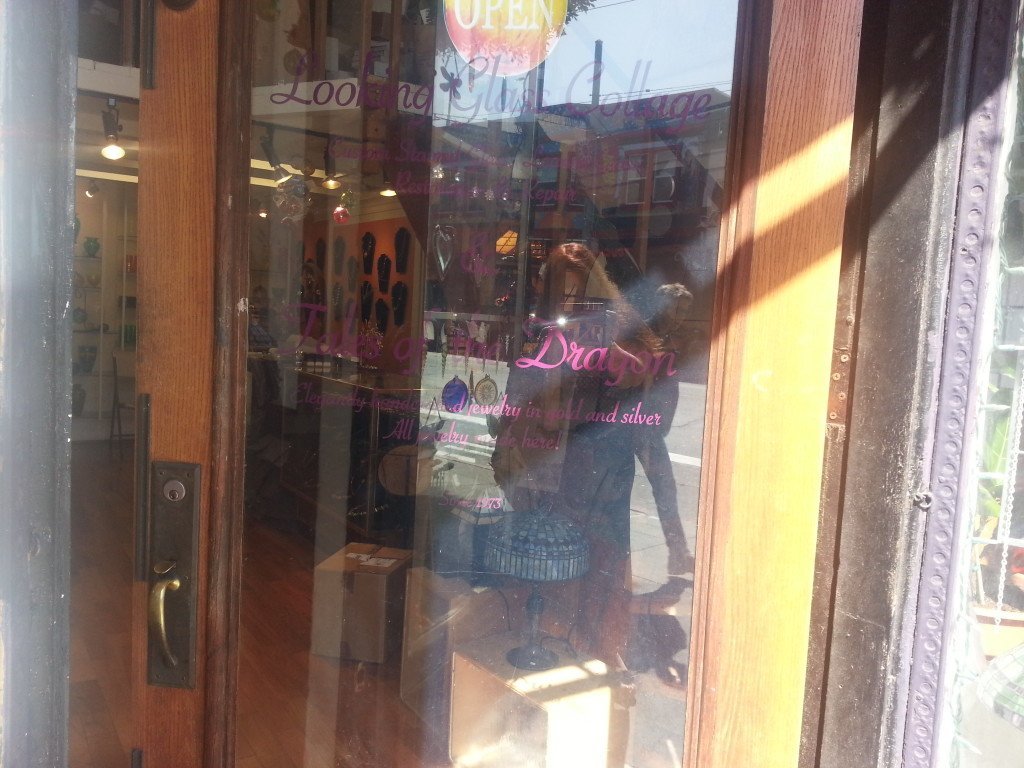 I had been walking around for about an hour and a half when I realized I had to go back to the car, I only had enough coins to park 1 hr 45 minutes. Out of the corner of my eye I saw the name of this store. It a little hard to see but it’s Tales of a Dragon. So I walked in and a very sweet lady told me to go to North Beach and look for a store called The Enchanted Crystal. You can see my reflection in the door.

By the way, it was about 75 degrees and just a slight breeze and a very beautiful day in the city no like a typical cold windy March day it would normally have been.

So I drove back to North Beach where I had been in the morning and wouldn’t you know, there was a parking place a half a block from the store and it was on the right side of the street too. I had just enough change for 16 minutes (25 cents for 8 minutes).

When I went into the store it was like stumbling into a crystal wonderland!

There probably wasn’t anything in the store I wouldn’t have wanted!!! The store owner was delightful. I told him what I was looking for and he showed me 4 castles and about 6 dragons. They were all wonderful.

This is the dragon I choose. The geode lights up and changes colors. 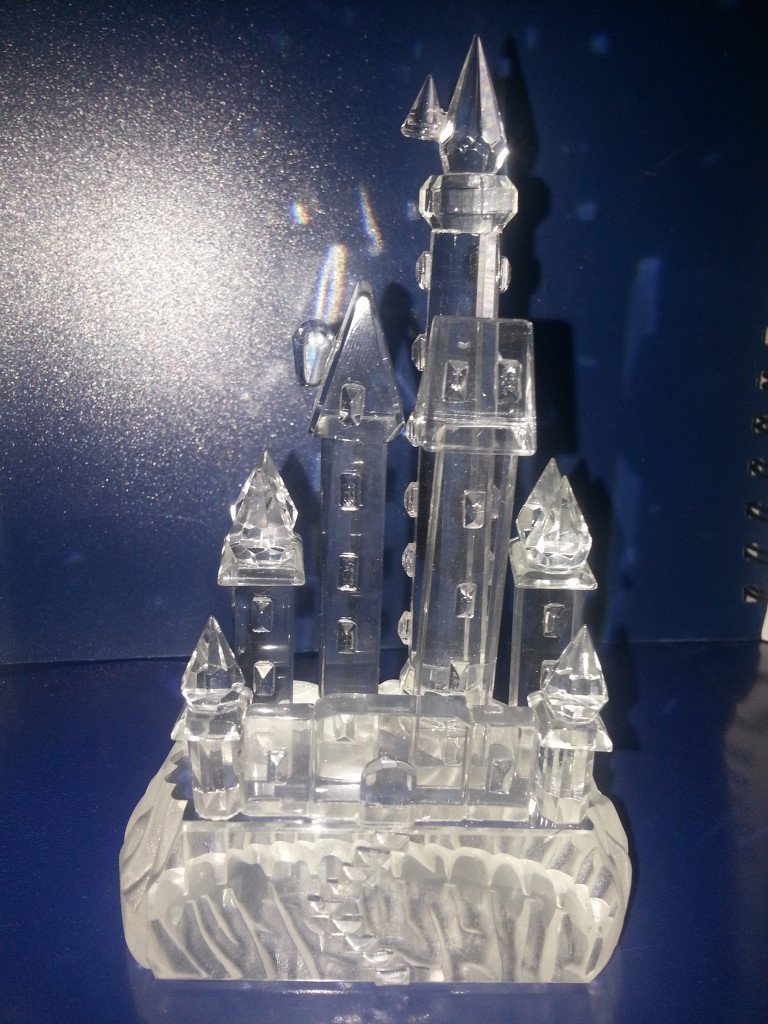 The crystal castle is delightful. So it becomes the first in a new collection of castles for UBU.

So another day and another adventure! It makes life fun!