I was invited to attend the Life Conscious Expo in Los Angeles by Chris Maklin who has been working on my health doing distant healing. 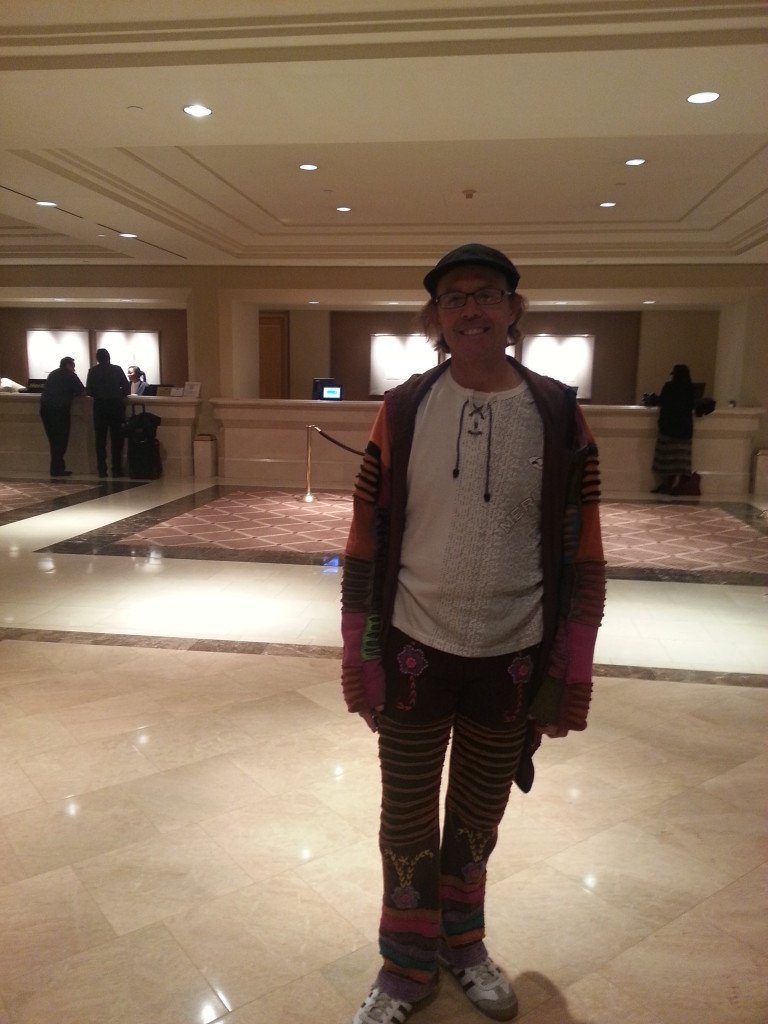 I told him not to leave his coat unattended because it would disappear.

He told me it wouldn’t be a problem because he could always get another one in Nepal.

A couple of hours later I was talking with Robin Ramsey when I told her about David. She said “You should have taken a picture of him!”

Then I looked up and there he was standing in front of me.

David teaches music all over the world and has created a music program for underprivileged children.

I couldn’t help myself, I had to ask him if he’d be willing to come to UBU to teach classes there.

Fortunately he accepted and said he would love to visit.

Later in the day David came back by to tell me he had met a man from Belize and had already told him about the school and what we are about to do.